Today, November 8, 2021, would have been Prof. Okoth Okombo’s 71st birthday. Prof. Okombo was a great man; he was a leading academic on communication and leadership; a man who was articulate, with a great command of language, valorizing the aesthetic value of language. We remember Prof. Duncan Okoth Okombo, a distinguished linguist.

Prof. Okoth Okombo, was a vital figure in ensuring that sign language was recognized by the 2010 Kenyan constitution. Thanks to Prof. Okombo, Kenyan schools for the deaf were able to receive formal education just like other schools in Kenya. This led to improved communication among the deaf people and between them and other Kenyans. It is remarkable that to date, the deaf people in Kenya follow television programmes and events because of the recognition of sign language as an official language in Kenya used in broadcast.

In remembrance of this distinguished scholar, Google in partnership with the University of Nairobi and Africa Centre for Advanced Technology are honoured him by running a Google Doodle on the Google Kenya homepage and publishing an online pictorial exhibition with 10 facts about Prof. Okombo on the National Museums of Kenya page on the Google Arts and Culture platform.

“Prof. Okoth Okombo, was the father of Kenyan Sign Language as he introduced sign language in Kenya and was instrumental in making sign language recognized by the Constitution 2010. This language was then adopted in Kenyan schools for the deaf and today, the deaf receive formal education like any other Kenyan.”

“Nobody can deny that during his life, particularly in the academic arena, Prof. Okombo will be remembered for his love of languages and his love of culture. I remember an occasion when I had a conversation with Prof. Okombo on languages. He was the very first person to educate me as I believe he did with others on the metamorphosis of languages from slang to creole to a stable language.”

Prof. Lumumba further explained that Prof. Okombo was able to give the Kenyan slang known as ‘sheng’ a vocabulary that could transcend all civilization.

On his part, he Dean, Faculty of Arts, Prof. Ephraim Wahome pointed out the integral role Prof. Okombo played in growing the linguistics discipline.

“Prof. Okoth Okombo was a renowned scholar of linguistics particularly linguistics and African languages. He was keen in areas of oral literature and he was a great scholar in the standards of the University of Nairobi and globally. He contributed quite significantly in the growth of the field of linguistics and the faculty was so proud of that.

While, the Chairperson, Department of Linguistics, Languages and Literature, Prof. Jane Oduor, was grateful to her mentor Prof. Okombo for helping her with difficulties in her professional life.

Prof. Okombo will also be remembered for his dancing abilities particularly when it came to rumba and salsa.

We will remember Prof. Duncan Okoth Okombo, a distinguished scholar. 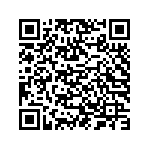