The Second African Pragmatics conference was hosted by the University of Nairobi, department of Linguistics and was held from 2nd-4th February,2022. The conference was kick started by several remarks including several from the Associate Vice chancellor, Research and Innovation, Prof. Margaret Hutchinson and the Vice Chancellor, Prof. Stephen Kiama.

In their remarks, they urged the participants to make use of the University of Nairobi’s peer-reviewed and well-edited journals spread across the disciplines. In particular, The University of Nairobi Journal of Language and Linguistics. The papers published in the Journal are rigorously reviewed and meticulously edited. As the title implies, the Journal is dedicated to publications in linguistics and languages. A second journal called Hekima: Journal of Humanities and Social Sciences also accepts and publishes papers in linguistics and languages besides other disciplines in humanities and social sciences. As linguists, I urge you to consider the two University of Nairobi journals as possible publication outlets for your academic papers now or in the future.

The keynote address was offered by Prof. Akin Odebunmi, University of Ibadan who spoke about Interfacing Pragmatics with Culture, Cognition and Development in Africa: “We do not shave the head in the absence of the owner”. In his presentation, he emphasized the importance of learning from both high and low context cultures as linguists in order to bring about both economic, political and most especially social development in Africa.

The preliminary speech given by Professor Gbenga Ibileye was about language and philosophy. He states that language and philosophy are inseparable because there are necessary conditions to be satisfied before an understanding can be reached when the duo interface. He then introduces the schools of politeness in the existing literature. He states that there are two schools of politeness namely the traditional view theory which is driven by conceptualization of politeness spearheaded by the Lakoff (
1973), Leech (1983), Brown and Levinson (1987) who built their perspective on Gricean maxims and speech acts. The second school of politeness is the postmodern view of politeness which centres on the common sense notion of politeness. It was developed by Eeln (2001), Mills (2003), Watts and Locher (2005). The presenter proceeds to speak on how politeness looks in different places. The first place is England where when one is invited to dinner they are required to remember to say words like “please” as a sign of politeness. In Nigeria especially the Yoruba culture parents tend to punish children when they are impolite. For example when a child looks at their parent direct in the eye it is seen as a sign of rudeness. He also brings into focus how face varies across language and cultures.

The next presenter was Professor Jonathan Essuman who talked about a pragmatic approach to analysing proverbs. The proverbs discussed here are selected from Chinua Achebe’s “Things fall apart” and “Arrow of God”. He looked at 20 proverbs from both books and discovered the following functions; they are a form of encouragement, they exhibit hospitality, show diligence and hard work among the youth, form of joy, show warning or caution and portray the rich cultural values of the Igbo community in particular. He states that his study brings into focus the very dynamic nature of proverbs and added to the existing literature on the study of proverbs and pragma-stylistics as a theory. He then goes ahead and recommends that other researchers should look at more proverbs as he only looked at 20 proverbs. The researchers and everyone else should also look at the meanings of the proverbs not only within the context of the novels but equally in the real Igbo culture.

The next presenter was Professor Chimmuanya Ngele who looked at the loss of pragmatic meaning. The focus was on the French translation of the Igbo proverbs in Chinua Achebe’s “Things fall apart”. The data from this presentation consists of 20 proverbs drawn from the original (English) version of Chinua Achebe’s “Things fall apart” and its translation done in French by Michel Ligny. He states that the proverbs were not gotten from documented sources but through sociological research. He says that the study adopts the interpretative theory of translation by Mariane Lederer and Danica Seleskovitch. He states that the English and French translations are not literal translations from the Igbo language. The presenter say that Chinua Achebe uses dynamic equivalents to translate the proverbs which means the author employs expressions that already exist in the English language and culture. Another approach used is recreation where Achebe attempts to recreate the proverbs while re-writing them from Igbo to English. The speaker states that this approach is used to make the Europeans appreciate Igbo cultural values.

The next presenter was Professor Jennifer Umezinwa who spoke on Quey was really queer. The main focus was the ideology deconstruction and identity reconstruction in the book “Homegoing” by Yaa Gyasi. The presenter analyses Gyasi’s critical exploration of nuanced societal practices, forms of beliefs depicted through characters and how ideologies are represented and the implications of prenegotiated structures on Quey’s identity. The researcher uses two packed theories of ideology by Althusser to interpreted Yaa Gyasi “Homegoing” with respect to the author’s effort to historically depict the intersecting ideological constructs that are appropriated or deconstructed by the characters (Quey) in order to redefine their identity. 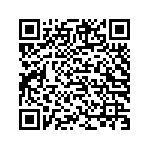